Language Disorders of Teenagers or Adolescents

Teenagers who seek help from Speech language therapists for language disorders rarely come in with a clean slate. Usually there would have been prior history of some form of speech and language disorder or another. Some level of remediation may already have been done. For most, early intervention would have offered a fair amount of amelioration to their earlier condition and may even have helped to bridge the language gap with their peers. Intervention may have helped to an extent that some would have been discharged from the SLP’s caseload. So it is often a puzzle to parents why the student would suddenly encounter difficulties once again at a later stage. Speech language therapists find ourselves being asked the question by parents “Has he/she really resolved the earlier issues – or is regression really on the cards?”

Theoretically speaking, one shouldn’t be regressing when it comes to language learning. One should always be building upon language as one moves along in life. Our accumulative experiences, our consistent usage of language as a medium of communication and problem solving should help us make even more semantic connections and add on to our lexicon (dictionary of words) as we grow older. If there have been occurrences of real regression, if assuming that this did not have anything to do with a lack of exposure, then one should be looking at some serious neurological changes that may have happened. Fortunately, for most, this is not the case.

From the time that a child is born, he moves through stage of language development and milestones that has to be fulfilled. A child moves from the developing language stage of a toddler, to a language for learning stage (L4L as it is commonly known) when he is in elementary school to Middle school. And he moves along to high school, speech language pathologists would shift to looking at his level of advanced language.

Advanced language development is characterised by certain criteria that marks its advancement from the language for learning stage. At this stage we would be looking at the development of what Nippold (1998) describes as a “literate lexicon” – these are words that are needed to produce language near the literate end of the oral literate continuum. One aspect of this would be the student’s ability to use their inferencing skills to gather information from the context that accompanies it. Students would need that skill to unravel the meaning of nouns for technical and curriculum purposes. They should, at this stage, also have acquired the use of verbs that involve metacognitive skills (i.e. remember, doubt, infer, hypothesize, conclude) and metalinguistics (predict, report, interpret etc). Verbs that involve theory of mind and perspective taking will continue to grow (i.e. think, guess, believe, figure, say, suppose and guess). These verbs as one can see are reflective of the increased ability to take on perspectives of others. For students who had started out with a weakness in perspective taking (i.e. aspergers, high functioning autism), their moving into the next level of curriculum would present as another level of challenge. For students with weaker language skills, these skills are a departure from the more foundational skills of language – and a scramble to catch up would seem like an onerous task. In many ways, students would just need that extra help to acquire those skills.

At the Advanced Language stage, we are also looking out for – the ease at which the student is able to retrieve words, produce definitions, generate alternative words from a single word given, produce figurative language and integrate complex ideas. Failure to have these skills would often show up in works that require students to present their thoughts in writing.

It is also at the stage of advanced language development that clinicians look closer into whether the student is developing well in the area of using their language to think through problems. This ability, to organise, predict, speculate, hypothesize, becomes of high importance and weakness in this area would mean that students would struggle in many areas of the curriculum including, mathematics, science, literature, history and geography. The SLP would, at this stage, be attempting to find out if the student is struggling with the ability to use language to solve problems with specific assessment tools that help tease out these difficulties.

Having identified the new problems faced by the student in his current academic workload, the SLP would have to involve a few people to act as facilitators of intervention. This would include the classroom teacher, the learning support teacher and, in some situations, a peer tutor. Peer tutors are important, it is at this stage of learning that the teenager often finds it daunting or embarassing to be checking with teachers every now and then. Peer tutors allow an avenue by which the student could ask questions without feeling as if he needs to approach the teachers ever so often that he is starting to stick out like a sore thumb. Working with a stronger performing peer could also allow the student into his circle of socialisation – being accepted is in itself an important aspect of the teenagers’ life. 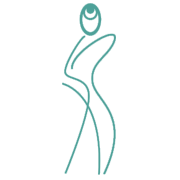 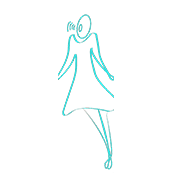 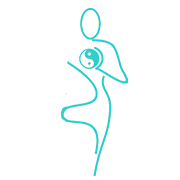